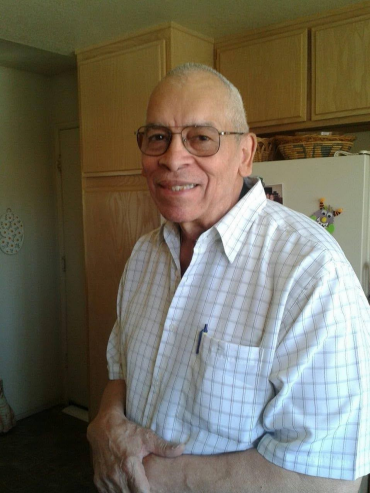 Please share a memory of Roland to include in a keepsake book for family and friends.
View Tribute Book
Roland Lawrence Patin was born on April 18, 1931 in Los Angeles, California. He was the fifth of six children born to Fernand Patin and Juanita Ricard. Preceded in death by his parents and siblings, Juanita "Babe", Fernand, Jr., Claire, Pauline and Grace. Although very mischievous, at a very young age, Roland found his calling in faith in Christ and never wavered to which we all can attest. He attended St. Lawrence Catholic School, Cathedral High School, served in the Korean War stationed in Germany where he played football for the Army. As a young man, he was excited to travel to Europe where he visited many of the churches and cathedrals throughout Europe he enjoyed reading about. On July 24, 1954, Roland married his beloved Ynez Davidson and on June 17, 1955, they welcomed their first son Gerard, soon followed by Maryrose, Joseph, Martin, John and David. Roland was an uncomplicated man who enjoyed the simplicity of life. A simple but bountiful home celebration with family is all it took. Known for his love of flavorful and hot foods, particularly those prepared by his wife Ynez and family. He also enjoyed sports, reading, and carpentry work with his father. He was deeply committed to his family and church setting the standard for all to follow. Employed by the Internal Revenue Service as a tax examiner, he loved interacting with people from all walks of life. His ability to make connections with perfect strangers often led to long term friendships. Known as “Grandpa Roland” he will be deeply missed by Summer Rose, Dominique, Crystal, Gerard, Jr., Nicole, Jason & great grandsons, Joseph, Jr., and Isaiah, great granddaughter, Liberty. He leaves his six children, Gerard and Brenda Patin, Maryrose and David Labeaud (dec.), Joseph Patin, Martin and Yanti Patin, John Patin and Juan Parra, David Patin and Richard Steinhart. Six grandchildren, and two great grandsons, one great granddaughter and a host of beloved relatives and friends. The Patin family would like to thank everyone for your kind expressions of sympathy, gifts of love and prayers. To our brother Joey, your unwavering dedication to daddy’s wellbeing and companionship meant the world to us. Thank you. Special thanks to the staff at Traditions Health for their loving expressions of care.
Share Your Memory of
Roland
Upload Your Memory View All Memories
Be the first to upload a memory!
Share A Memory