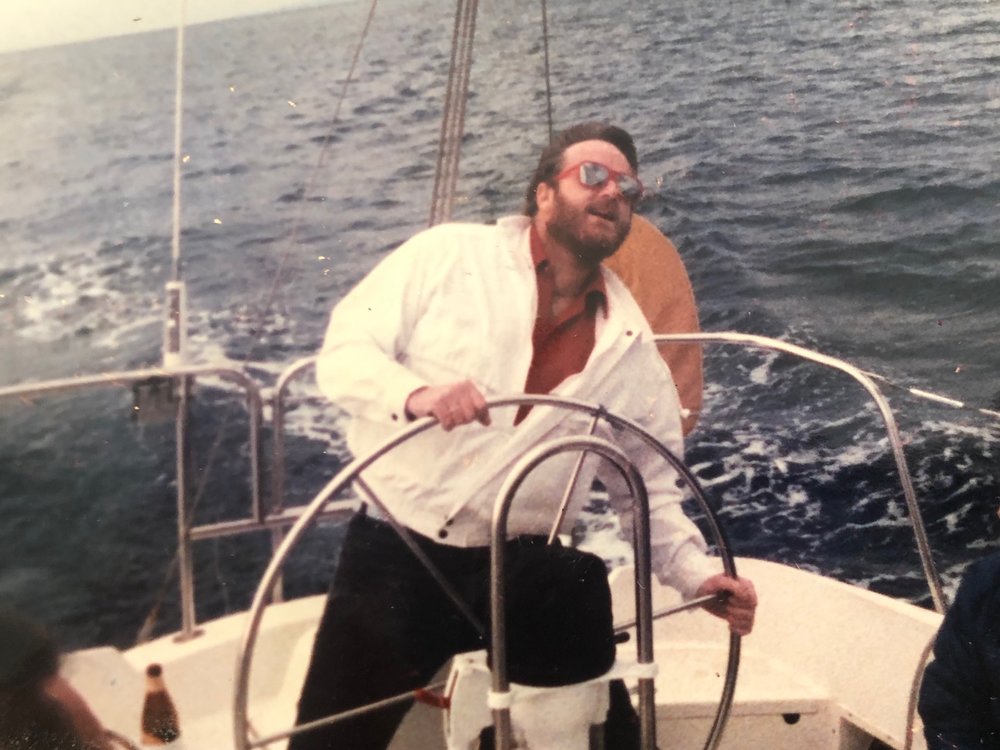 Richard William Griffith, owner of Griffith’s Furniture, died July 22, 2020. Born September 13, 1950 in Carmel, CA, Mr. Griffith lived in the Monterey Peninsula for 63 years before moving to southern California to be near his children and grandchildren. Mr. Griffith lived a very full life. He was an avid sailor and member of the Monterey Peninsula Yacht Club for many years, as well as being involved with the Seaside Rotary, serving as president in 1992. Mr. Griffith enjoyed traveling, golfing, skiing and going to rock and roll concerts. Mr. Griffith is survived by his wife, Bette Esperanza Griffith, daughter Kyla & son Kyle Griffith, mother Elmo Griffith, sister Jenny Baker, and three grandchildren. A farewell voyage will be done on his 70th birthday with scattering of his ashes in the Monterey Bay. Sail on Richard.
Share Your Memory of
Richard
Upload Your Memory View All Memories
Be the first to upload a memory!
Share A Memory