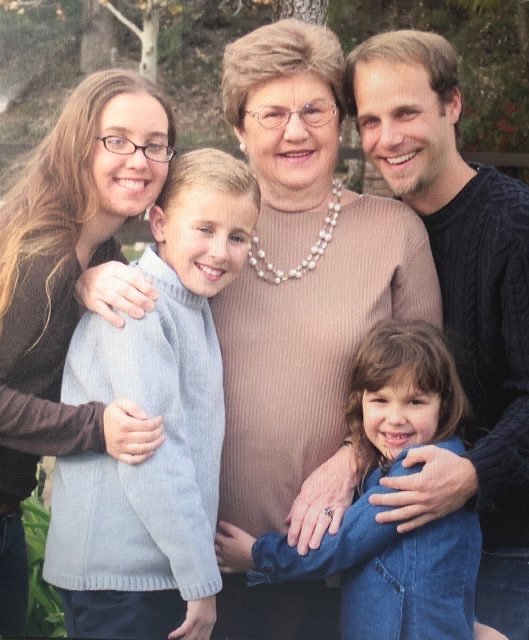 Ann Louise McNally of Valencia, California, formerly of Livonia, Michigan passed away on August 22, 2020 at the age of 92. She was born in Detroit to Walter and Anna (Kwasna) Cieslak on January 1, 1928. Ann is survived by 3 of her 4 children; Kathleen, Colleen and Frank and her 4 treasured grandchildren who called her “Busia”; Nicholas, Amanda, Jonathan and Anna ... all who live in Southern California. Ann was preceded in death by her beloved husband Frank Roden McNally, her son Michael, and her siblings Charlotte (Lottie), Genevieve (Jean) and Frank. Ann grew up in Detroit and attended St Hedwig Catholic School throughout her grade school years. She married Frank McNally in 1955 and they raised 4 children in Livonia, Michigan. She loved being a mother and a homemaker and was known for being an excellent cook. Also, she and her sister Jean were co-owners of ”JeAnn’s Dress Shoppe ” in Livonia for nearly 10 years. Ann and Frank moved to Southern California in 1990 to be closer to their grandchildren. They were both a vital part of their children and grandchildren’s daily lives until his passing in November, 2000 and until her recent passing. She loved going to Las Vegas and playing the $1 Keno, she loved being on a bowling team with her family well into her 80’s … but nothing gave her greater joy than seeing and hearing about her grandchildren. They could always count on their “Busia” to be excited by whatever they were doing and for her loving presence at their school and sporting events, award ceremonies and graduations. We are thankful that she was able to live a long and full life, but she will be forever missed. An irreplaceable mother and grandmother who loved and cherished her family and a family who loved and cherished her. Her body will be laid to rest on Tuesday, September 8 at 10a.m. following a graveside burial service at Eternal Valley Memorial Park in Newhall, California.
Share Your Memory of
Ann
Upload Your Memory View All Memories
Be the first to upload a memory!
Share A Memory