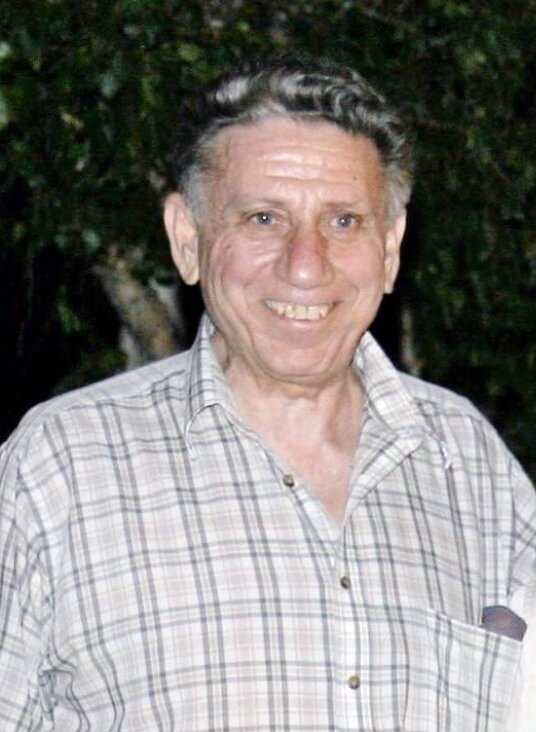 Louis Tondino was born in Syracuse, New York to John and Ida Tondino on January 15, 1934. He grew up in Syracuse and moved to California in 1952. At 20 years old, he went to work for Thomas Organ International before he was drafted into the Army in 1956. While serving in the Army in Fort Lewis, Washington, he was transferred to the entertainment division to be a professional jazz guitarist for the Gil Ray Combo. Through the Gil Ray Combo, Lou met Anna Segar who became the vocalist for the band. When he was discharged from the Army in 1958, he came back to California and returned to his job at Thomas where he was a test engineer. Anna eventually followed Lou to California, and they continued to play music gigs in the Los Angeles area. The couple was married on April 20, 1963, and was blessed with two children, their son, Dominic, and daughter, Luanne. After 25 years with Thomas Organ, the company closed their doors and Lou found his way to Medtronic, where he worked as a Technical Writer until he retired in 2009. In retirement, Lou enjoyed day trips with his wife, DIY projects, wood turning, creating items with corks, and spending time with his grandkids especially teaching them jazz chord progressions. Lou was hard working, generous, dependable, talented, and extremely resourceful. He always said that family comes first, and he modeled that every day in how he lived his life. He was always willing to lend a helping hand and would give you the shirt off his back if you needed it. He persevered through challenges with strength, patience, and creativity, never expecting life to be easy, and never complaining when it was hard. We are more than grateful for the man he was and the love he so freely gave. Lou will be deeply missed by his family, friends and all who knew him. Louis is predeceased by his parents, John and Ida Tondino; his brother, Dominic Tondino; and his sister, Nan Cool. Louis is survived by his wife of 59 years, Anna Tondino; his son and daughter-in-law, Dominic and Lisa Tondino; daughter, Luanne Nightingale; sister, Jeanette O’Connor; and six grandchildren.
Share Your Memory of
Louis
Upload Your Memory View All Memories
Be the first to upload a memory!
Share A Memory