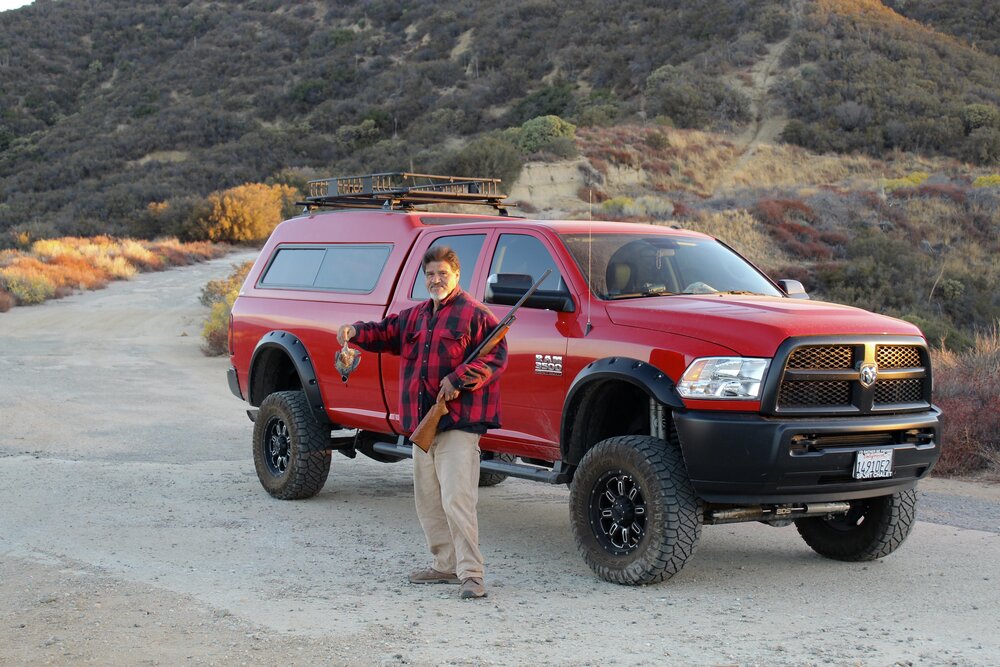 David Joe Lopez passed peacefully in his home on the morning of July 6, 2022 surrounded by family, in the arms of his wife, his love of 45 years, Dianna Lopez after a 3 year long battle with Pancreatic Cancer. David was born on September 25, 1957 in Ventura, CA to Salvador and María Concepción Lopez; he was the youngest of their 10 living children. David was always a hard worker, he began working in the fields with his family as soon as he could walk and as he grew older he aspired to one day own his own business. At the age of 50 David made that dream a reality and became the proud owner of Bellows Plumbing out of Southern California. Bellows was a family run company, with his wife Dianna running the office, while he and his son David ran the plumbing work. David loved projects, he was an avid wood carver and painter, a car restorer and he loved fixing up his ranch home that he purchased with his family in 1994. David was also a hunter and fisherman, his greatest love in life aside from his family was the great outdoors and there’s no doubt that he’s in heaven sitting beside a lake waiting for the fish to bite. Most who knew David knew him as “Big Dave” as he was always the tallest and largest man in any room, standing at 6’4” tall with bones that could crush most men. Dave was a loving husband, and father, the best Papa to his grandkids, and a friend to all. His laughter and endless jokes will not be forgotten; his loyalty to family and friends will always be cherished and admired. David is preceded in death by his parents, Salvador and Concepción Lopez; his grandmother Mama Chuy; his mother-and-father-in-laws, Orville Mounce and Judy Young; his brother-in-laws, Juan Partida, Raymond Navarrette, Leonard Graves, Lionel Mounce and his sister-in-law, Montie Carey. He is survived by his wife, Dianna Lopez; his four children and their families: daughter Lesia Richardson and her daughter Aunalee (3); daughter Larissa Richards and husband Jeffrey Richards, their children: son Nathan (2) and son Noah (4 months); daughter Jenny Rodriguez and husband Daniel Rodriguez and their baby on the way; and his son David Lopez. He is also survived by his 2 brothers, 7 sisters and their families. Services will be held at St Clare Catholic Church in Canyon Country, CA on Thursday, July 14th at 11:00AM, followed by a Burial at the San Fernando Mission Cemetery.
Share Your Memory of
David
Upload Your Memory View All Memories
Be the first to upload a memory!
Share A Memory