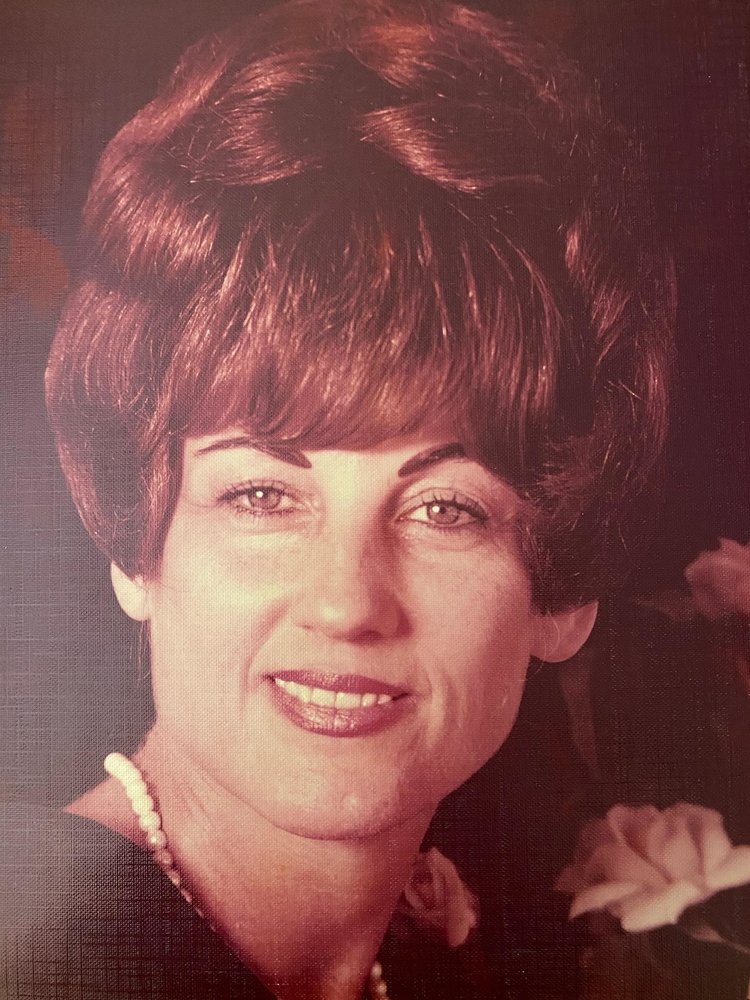 Alberta Stewart 5/5/26 - 9/2/20 Alberta Stewart passed away peacefully at home on Wednesday Sept. 2, 2020 at 9:13pm. She was surrounded by her granddaughter Cheri and grandson Darrin, great granddaughter Jacquelyn, great granddaughter Mayra. She was preceded in death by; Mother Marie Baxter, Father Arlie Ritchie, sister Anne Rowe, daughter Teresa Diane Chiles and numerous other family members. She was diagnosed with ovarian cancer on July 27th and hospice was assigned immediately. She never once complained of pain and always somehow kept a smile on her face. She was one tough cookie through it all. Alberta Ritchie was born in Chattanooga Tennessee on May 5th, 1926. During her life she was a welder on navy ships during world war II as a teenager. She was part of America’s greatest generation. Later, worked at Weiser Lock Company manufacturing locks. Alberta was a devoted follower of Jesus and committed her life following the teachings of the bible. She was a true Christian and loved the lord. She donated her time at the food bank on various occasions. She was loved and adored by many and will be greatly missed. She was independent until the end. She was still scheduling her transportation to shopping, weekly hair appointments, doctor appointments, gift shopping for others. Additionally, she was still preparing her own meals in the kitchen. She had the greatest love for her family and friends. During her lifetime she was a loving daughter, sister, wife, mother, aunt, grandmother, great grandmother, great great grandmother. She was referred to as Nana and Bertie. She is survived by granddaughter Cheri Morvant and grandson Darrin Morvant, grandson Jimmy Chiles, great grandson Kyle Cambaliza and great granddaughter Mayra Cambaliza, great Grandson Joseph Cambaliza and great granddaughter Stephanie Cambaliza, great granddaughter Jacquelyn Cambaliza. Great great grandchildren, Liam and Lexi Cambaliza, Kalaje Chiles, Harley Chiles, Lyra Chiles, Brothers Richard and Raymond Ritchie, Sister Georgina Avila, Nephews, Bobby Bell Sr and Bobby Bell Jr. Extended family great great grandchildren Tyrese, Jayla, Asha and Kierra Morvant. Great grandchildren Marcus and Lissa, great great grandchildren Jaxxon and Tobias Morvant. Several others that she hasn’t met including great grandchildren Kevin and Jasmine Morvant and their children.
Share Your Memory of
Alberta
Upload Your Memory View All Memories
Be the first to upload a memory!
Share A Memory