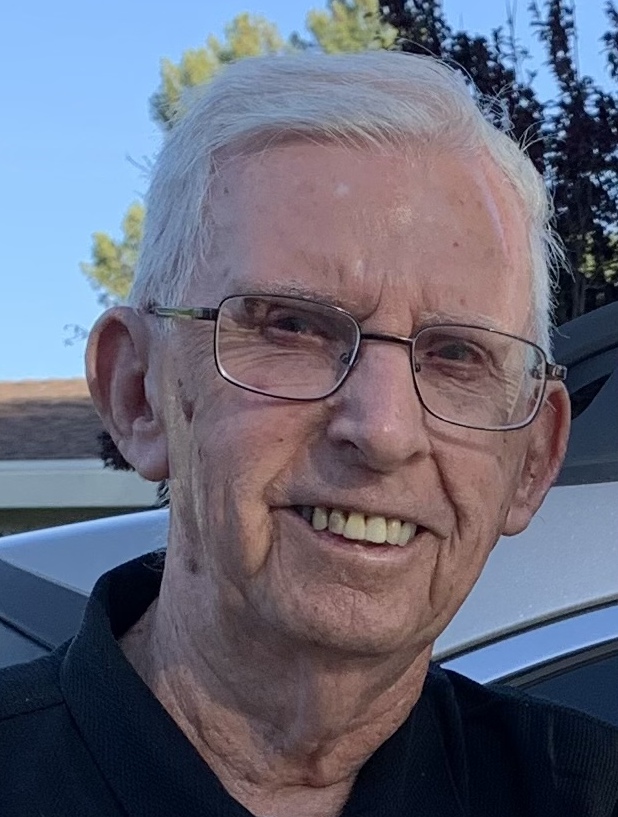 Raymond Lennon, age 95, passed away peacefully on January 27, 2022 at Henry Mayo hospital. He was born in Providence, Rhode Island on May 27, 1926 to Thomas Lennon and Margaret McKenzie Lennon, one of eight children. Ray was a World War 2 veteran having served in the Air Force in the Pacific and was honorably discharged. He married Etta Lanzieri in 1947. In 1955 Ray moved his family to California where they raised three children in the San Fernando Valley. After divorcing in the early 1980s, Ray moved to Friendly Valley in Newhall. An avid golfer, Ray was a regular at several local golf courses. He continued his passion for the game into his nineties. Upon moving to Friendly Valley Ray met his beloved partner, Eileen Mayhew, who also resides in the community. Their love of golf brought them together and they were inseparable for over 25 years. Friends and neighbors remember Ray as “the nicest man” - always cheerful and smiling. He was very generous with his family, friends and local charities. Ray is survived by his brother, Eugene Lennon of Cranston, Rhode Island and sister Shirley Weakley of Sarasota, Florida. He is also survived by his three children, Susan Lennon Werner, Paul Lennon (Yolanda) and Lori Frulan (Kevin) along with four grandchildren and numerous nieces and nephews. He enjoyed a long and happy life and is dearly missed by all.
Share Your Memory of
Raymond
Upload Your Memory View All Memories
Be the first to upload a memory!
Share A Memory