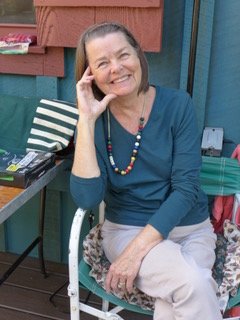 Constance (Connie) Anne Lucio, age 78, of Camarillo, Ca. passed away peacefully at home with her husband Ron; daughter Kim, and son-in-law Joseph Mora at 6:23am Saturday July 17, 2021 in Camarillo. Connie was born in Billings Mt. November 28, 1942, to Wanda Wilson (Perkins) and William Wilson. She was first married to Keith Reisman and later to current husband Ron in 1978 in Ventura, Ca. and then remarried to Ron in the Catholic Church on March 17, 2018, in Tulare, Ca. Connie graduated from Santa Monica High School. She attended Ventura College and later her BA degree from San Fernando Valley State College. She also received her teaching credential in Elementary Education. Connie was employed at Ventura County School for Girls for a short time after graduation. She spent the rest of her career in the Simi Valley Unified School District from 1967 to 1999. She spent 14 years at Santa Susana and White Oak Elementary Schools. She then transferred to Junior High at Hillside and Sequoia and middle school at Valley View. In March of 1985, Connie was recognized by the Sim Valley School Board with a certificate of excellence for “Women in Simi Valley Making History” in recognition of her long-standing contributions in Education. Besides serving as the President of the Simi Educators Association for two years, she was a member and representative to the California Teachers Association State Council and a member of the National Education Association. In addition she also received another reward from within the association called “The Who Award”. “Who” stands for “We Honor Ours”. This award was presented to her for outstanding work within the Association. She also was a member of the Kiwanians’, Delta Kappa Gamma. Connie was a lifetime avid fan of the Los Angeles Dodgers from her days in Wyoming and listened on the radio to a young announcer named Vin Scully who was her hero. Years later, she met Vinny in person in the Dodger broadcast booth and always cherished that moment in her life. Connie is survived by her soulmate Ron; Children: Kim, (husband Joe), Camarillo; son: Kevin Reisman (wife Deanna) Clackamas, OR.; Nick Lucio, New York, NY; Sister: Anona Neville (brother-in-law Steve) Winters, Ca. and brother Byrl Peck, San Antonio, Texas. Grandchildren: Lana Vasquez, Mae Sot Thailand; Joey Vasquez (wife Michelle) of Simi Valley; Chelsea Smith (husband Tyler) of Camarillo; Alyssa Reisman, Providence, Utah; JJ Mora, Camarillo; Isabella Lucio, New York, NY; Cole Lucio, Seattle, WA. Great grandchildren: Joseph Vasquez, John Vasquez, and Reagan Smith. Connie is predeceased by son Keith Cory Reisman; parents: Wanda Peck, William Wilson, Torval Peck. Favorite Aunt and Uncle: Myrna and Richard Henderson; Grandparents: Byrl Ira Perkins and Ella Mae Perkins There will be a Celebration of Life for Connie in Camarillo, Ca. on Saturday August 21st. For information, please contact the family at Lucio.manuel69@gmail.com
Share Your Memory of
Connie
Upload Your Memory View All Memories
Be the first to upload a memory!
Share A Memory