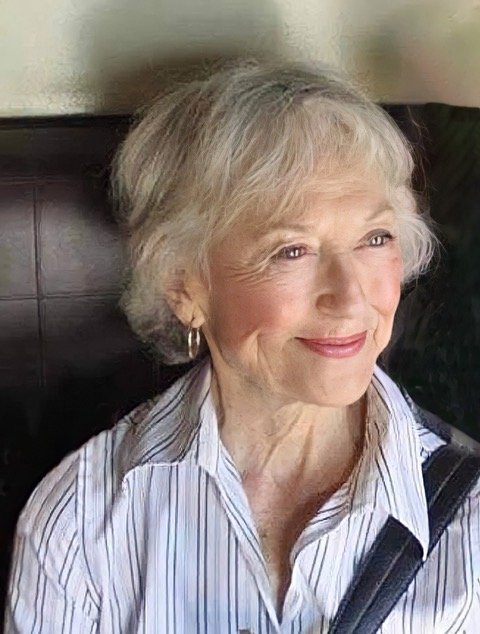 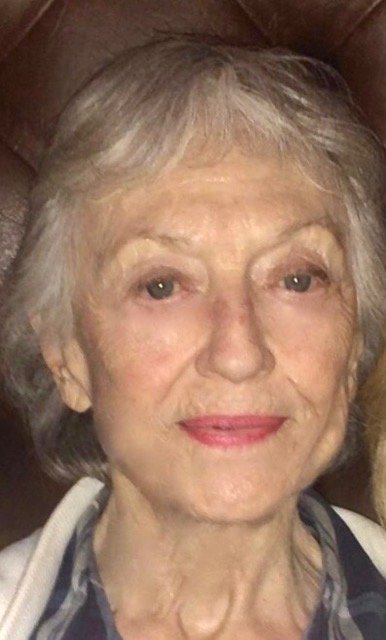 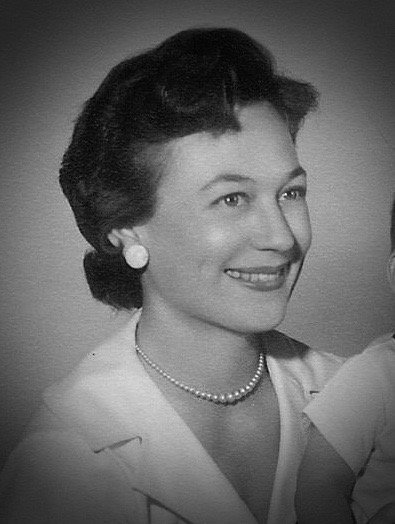 Irma Jean Wiese, beloved mother, wife and grandmother, died peacefully in her sleep the night of April 15, 2021 at her home near Los Angeles, California. Her passing was nearly nine months following the death of her beloved second husband Charles (Chuck) Wiese. Daughter Kathryn had been caring for her for several months and was by her side. Kathryn and sister Lydia took turns caring for both parents over the past six years. A service will be held on May 21 at the National Cemetery in West Los Angeles, California, where she will be interred alongside Charles, a veteran of the Korean War. As both died during pandemic, the family delayed scheduling his service until safe for family to travel. Irma was born Irma Jean Stowe, in El Paso, Texas, the daughter of Henry Ward Beecher Stowe and Myrtle A. Whitton. Her maternal grandmother, Callie Griffin Fairley, was El Paso’s first female vice detective and a 30-year veteran of the police force. As a child she took violin lessons, and in high school she played in the El Paso Symphony alongside her friend Abraham Chavez (after whom El Paso’s Chavez Theater is named). After graduating from Austin High and from Mrs. Gardner’s Secretarial College, she moved to Hollywood, California where she lived with her aunt Evelyn and uncle Bill, proprietors of Stanley Shirt Makers – “Shirt Maker to the Stars”. Within two months, Irma was working for Mary Baker in the literary department at the Sam Jaffe Agency on Sunset. In 1949 she married Russian violinist Gregory J. Korniloff in a small ceremony hosted by her aunt and uncle at their storefront. The couple met at a recital through a mutual friend, and enjoyed their first date at the Hollywood Bowl. Gregory had emigrated from Shanghai just two years earlier, and was teaching music and playing violin with the Lux Radio Theater Orchestra. Fifteen years her senior, Gregory was worldly and “divinely handsome”. With his kindness and gentility, Greg easily overcame the initial Cold War-skepticism of Irma Jean’s family. (In fact, Greg fled the Bolsheviks with his family as a small child and grew up stateless in Shanghai, surviving the brutality of the Japanese occupation – finally attaining his US citizenship in 1956.) In the early fifties, Irma worked at J. Walter Thompson as secretary to agency VP Cornwell Jackson – husband of Gail Patrick, actor and producer of The Perry Mason Show. “Corney and Gail” treated Irma and Greg like family, inviting them to weekend parties at their estate on La Brea Terrace. Greg and Irma Jean shared their small home in Silver Lake with Greg’s parents, who by 1951 had emigrated from Shanghai under sponsorship. After a detour for Greg’s tenure with the San Antonio Symphony, the couple moved back to El Paso, where all three of their children were subsequently born. They were active in the El Paso Symphony under maestro Orlando Berera, and their children enjoyed the closeness of Irma’s extensive family. In 1966 Greg moved the family to New York to accept a job at a Manhattan shipping company founded by a friend from his Shanghai days. Determined to raise their children in a good public school district, they settled in Scarsdale. Irma insisted on working to help support the family, first as secretary to Wall Street journalist and professor Merryle S. Rukeyser (father of Louis Rukeyser), then at Nestle in White Plains. The couple hosted string quartets at their home and each child was given music lessons. In 1975, the family again moved, this time to The Hague, Netherlands, for Greg’s promotion. In 1977, he suffered a sudden fatal heart attack, leaving Irma widowed at 49 with one child still to finish her senior year; she and daughter Kathryn relocated once again back to El Paso to be near family. In 1979, Irma Jean moved to Beverly Hills to help daughter Lydia Cornell get settled in a new television career. Irma worked at Occidental Petroleum and at St. John’s Hospital in Santa Monica – where she met hospital consultant Charles (Chuck) Wiese. Chuck and Irma Jean were married in 1986, and when he retired they became fulltime travelers, exploring the country in a motor coach they loved. They were well into their 80s when, at their daughters’ insistence, they settled into a house in the Antelope Valley where they remained inseparable until Chuck’s death last July, 2020. Irma Jean was predeceased by her beloved son Paul Gregory Korniloff, dear cousin Jim “Sonny” Palmer, sister Dorothy Daniels Fisher, younger brothers Gerald and Walter Stowe, stepdaughter Marianne Wiese Tuffen and her husbands of 28 years and 34 years respectively. She is survived by daughters Lydia Cornell and Kathryn Korniloff, and grandson Jack Mulholland; beloved sister-in-law Patricia Stowe and nieces Linda Ward, Amy Case, Ann Sedita and Cindy Stowe of Dallas; nieces Kira Korniloff of Sydney and Tammy Romeril of Vancouver; nephew Carl Fisher of Virginia and stepson Robert Wiese of Nevada. Irma Jean was effervescent, with a wonderful sense of humor. Open-minded and inquisitive, she loved meeting new people and jotted notes even on those she met in passing. She was a crossword puzzle master, an avid reader and a secret aspiring writer. She held a deeply personal faith in God and the power of metaphysical prayer, which she utilized countless times throughout her life to overcome difficulties. She is dearly missed, but has left an indelible mark on those who loved her so much. The family would like to thank the hospice care team at Traditions, as well as the small number of non-family caregivers who helped Irma and Chuck over the past few years. Donations in Irma Jean’s memory can be made to: Alzheimer’s Greater Los Angeles https://www.alzheimersla.org/donate/
Share Your Memory of
Irma Jean
Upload Your Memory View All Memories
Be the first to upload a memory!
Share A Memory