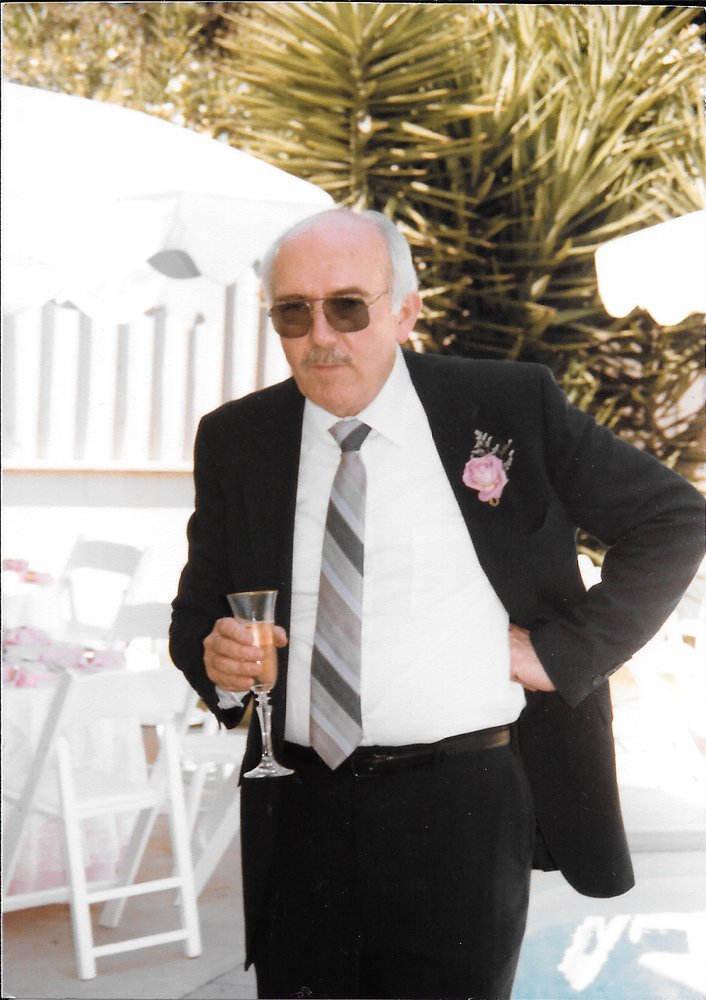 Charles K. Wiese, Jr., beloved husband, father and grandfather, died last July 20, 2020 at home in the Antelope Valley in Southern California, from complications related to dementia. He was 89. A service, delayed due to pandemic, will be held on May 21, 2021 at the Los Angeles National Cemetery, where he will now be interred alongside his wife, Irma Jean Wiese, who survived him for nine months before her death on April 15, 2021. Chuck was born in Culver City, California in 1931, the only child of Charles Wiese, Sr. and Beulah McClanahan. He grew up in Tule Lake, CA where he attended high school and met his first wife, Sue Branson Rawlings. After serving in the Air Force during the Korean War, he moved to California and worked as a management engineer in the healthcare industry while raising two children. In 1986 he married Irma Jean Korniloff, whom he met while both were working at St. John’s Hospital in Santa Monica. Immediately upon retiring in 1995 he and Jean traded in their Agoura Hills townhouse for a luxury motor coach, and set out for the next 18 years exploring the country fulltime, eventually splitting the year between Newport, Oregon and Acton, California. Chuck and Jean were inseparable for 34 years until his death. As a young man Charles was an avid small aircraft pilot and enjoyed baseball, camping and playing guitar. He was a lifelong fan of popular music of the 1940s, 50s and 60s, and even up until his final months he enjoyed singing along with amazing recall of all the lyrics. He was a delightful presence with a dry, observational wit and brought joy and laughter to his family and his caregivers. Charles is preceded in death by his parents, and daughter Marianne Tuffen Wilks. He is survived by son Robert Allen Wiese, of Sparks, Nevada; and grandchildren Robert Owen Wiese and Rebecca Ceridwyn Wiese; and stepdaughters Lydia Cornell and Kathryn Korniloff. Donations in Charles’ name may be made to: National Veterans Foundation https://nvf.org/
Share Your Memory of
Charles
Upload Your Memory View All Memories
Be the first to upload a memory!
Share A Memory