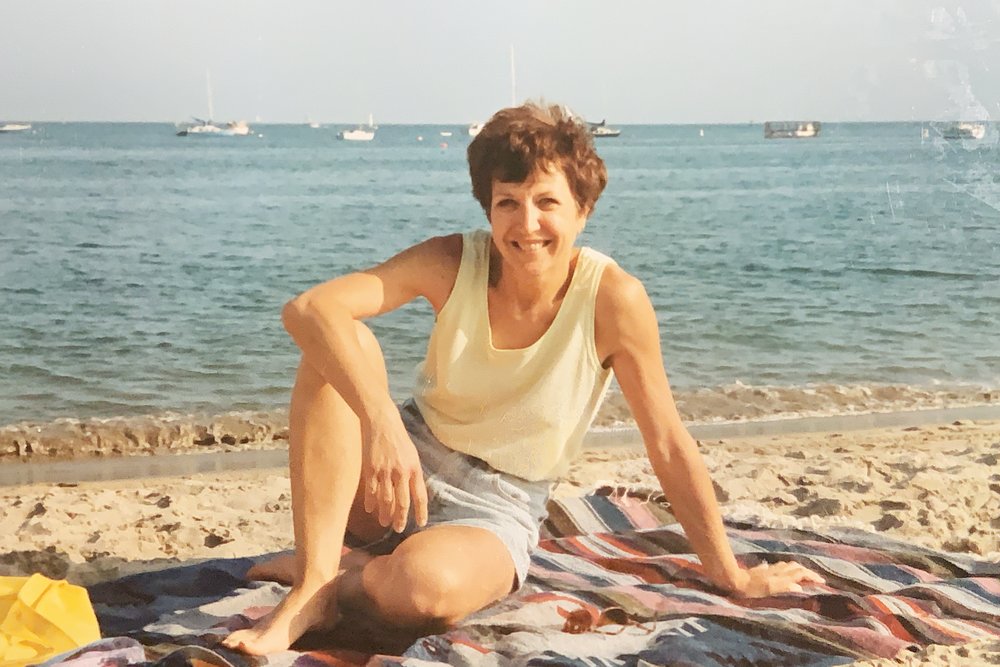 Obituary of Rosemary A. Steventon-Redman

On Monday, February 22nd, 2021, Rosemary Anne Steventon-Redman, loving wife, mother, Nana and friend, passed away at the age of 73. Rosemary was born on November 6th, 1947 in Sutton Coldfield, England to William and Vera (nee Crump) Steventon. She attended Highclare School in Birmingham and then teacher training college at Lady Spencer-Churchill College of Education in Wheatley. She went on to teach at Benmead Primary School in Kidlington. On July 20th 1968 she married David Battersby. They had two daughters, Claire and Sarah. Rosemary and David moved from Freeland, Oxfordshire, to Malvern Wells, Worcestershire in 1980, spending many happy years in the Malvern Hills. Rosemary worked part-time at the Abbey National in Malvern, making many friends and travelling to work on a moped, stylishly decked in a full-body blue jumpsuit. They moved to Buckinghamshire in 1985, but after being married for 17 years, Rosemary and David divorced in 1987. Rosemary met Dennis Redman in a chance-meeting in Woodstock, Oxfordshire, and moved across “the pond” to Southern California in July 1988 to be with him. A year later they married. Having dreamt of mountains with a large blue sky when she was young, Rosemary loved living in the High Desert in California with Dennis. They lived in a ranch house on 5 acres and Rosemary worked as a Sales Representative for various companies - her love for being around people helped her thrive and become very successful. She drove everywhere; “zooming” along the winding back-country roads, convincing everyone it to be a much faster way home than taking the more direct freeway. She had a passion for adventure and enjoyed travelling with Dennis; often taking detours on road trips. Rosemary also had a great love for art, decorating, cooking, fashion and music. Her love of cooking shone throughout her life. From cooking classes, to piles of new cookbooks and magazines, and a pantry stocked full – ‘just in case’ - Rosemary would cook to her heart’s delight and was amazing at it. Delicious, beautifully-presented food was a guarantee at get-togethers or simply for a weeknight dinner. An accomplished artist, Rosemary enjoyed sketching and then expanded her artistic talent to decorate many rooms in their ‘house on the hill’ near Palmdale. Always taking care in her choice of clothes, Rosemary took pride in looking stylish and a good spray of Rive Gauche Yves Saint Laurent perfume accompanied her wherever she went. Rosemary found a deep affinity for German Shepherd dogs– especially the European breeds. She was adamant about bringing one over from England to the US and, so she did! “Iris” was Dennis’ & Rosemary’s dog; with a well thought out pedigree name “Apple of my Eye”. Rosemary’s love for Iris led to breeding several litters of purebred German Shepherd puppies which she thoroughly enjoyed; a special mention to Mia – one of Iris’ daughters – a black German Shepherd who also became a dear family member for Dennis and Rosemary. Spending time with family and friends on boats was a popular pastime for Rosemary, along with Dennis. Many a hike in the desert or in the mountains filled their evenings or weekends. Unfortunately, at the young age of 59, Rosemary was diagnosed with Early Onset Alzheimers. Dennis was her caretaker for 4 years, and then in 2012 she went into a small care home in Lancaster, California for the next 9 years. There she was well cared for by Millie and the team. Rosemary was always very strong and determined; with true grit. She loved being with people - family, friends and strangers. She was a convincing lady – gin n’ tonics were to have lemon in them, not lime,- an obvious choice for her; and there was no negotiating once she had put her mind to something. Her beautiful singing voice often resonated throughout the rooms at home. From the musical soundtrack of Les Miserables to Jimmy Buffet; she sang her heart out. Rosemary will be remembered for her vibrant personality, beautiful smile and generous heart. Rosemary is survived by her husband Dennis, her daughters, Claire and Sarah, and stepdaughters, Kelly and Brittany, along with their families and many dear friends. At this time the family has chosen not to hold a funeral. We ask that you remember Rosemary, should you wish to, by making a donation to one of the following: Alzheimer’s Association Alzheimer's Association | Donate to Fight Alzheimer's Disease John Muir Trust https://www.johnmuirtrust.org/donate German Shepherd Rescue www.ukgermanshepherdrescue.co.uk
Share Your Memory of
Rosemary
Upload Your Memory View All Memories
Be the first to upload a memory!
Share A Memory