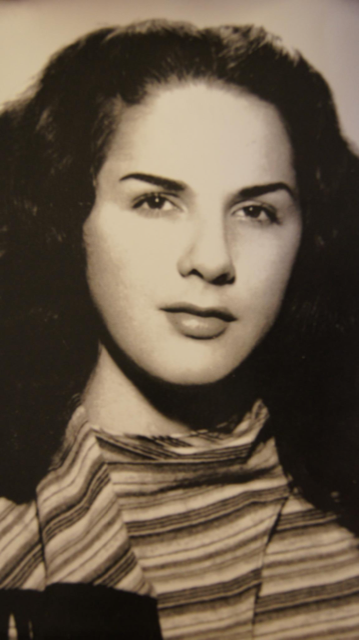 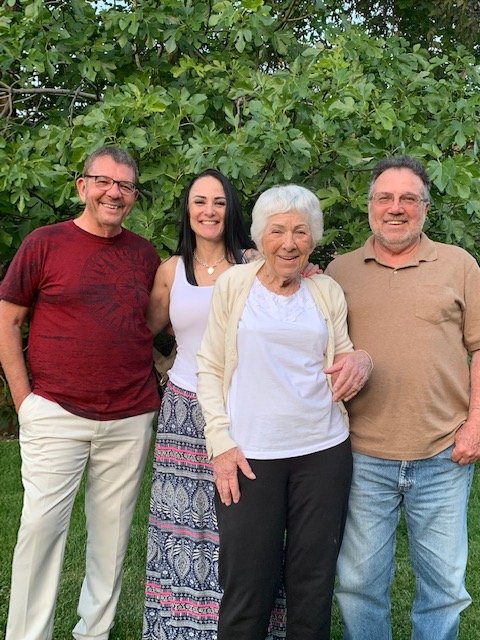 Esperanza Esther Rodriguez, 90, passed away on October 13, 2020 in Santa Clarita, CA. She was fondly referred to all that knew her well simply as “Mimi”. Born in Havana, Cuba on October 24, 1929 to Sixto Abreu and Concepcion Cao, she migrated to the United States a few months before the chaos of the Cuban Missile Crisis of 1962. Upon her arrival in Miami, she was re-united with her two sons, Jesus A. Cartas and Rodolfo A. Cartas, whom she had arranged to travel to safety in the United States a year earlier. Our Mom had a strong will and determination to live. She was a fighter by every definition of the word. She was a warrior which is deeply loved and missed. Seeking a better life for her children, our Mom wasted no time in procuring a job as a seamstress, even though she had never worked in her life before. Hearing that a single woman had better opportunities for advancement in California, she moved there in 1965 where daughter Sheila A. (Martinez) Betts was born. While living in Los Angeles, she accepted a job on the production line of the Del Mar Die Casting Co. in Gardena, CA. She was a hardworking, strong, independent and self-sufficient woman who worked her way up the production line to a supervisorial position at a time when women rarely ran administrative roles in male dominated industries. She spent her entire career there until her retirement in 1994. Thereupon, Esperanza moved to Washington State in 1995. There, she loved to garden and tend to her many varieties of plants, trees and flowers in her new home amidst lush forest lands. She also enjoyed crocheting and making beautiful intricate table clothes that took months to complete. More than anything, our Mom loved her family with a deep intensity in her soul that drove everything she did. She was never happier than when she had us all together, often times not engaging, but sitting nearby, simply watching us all interact, laugh and eat the wonderful, authentic Cuban meal she had started to prepare days in advance, just for that very moment. Many times, we would catch her with that sweet, childish grin of satisfaction that she would wipe away the second she realized we caught it. She took great pride in her traditions, techniques and recipes, most of which came from a green, torn and stained cookbook that was one of the few items she was allowed to leave Cuba with. She taught several generations how to cook from that book and kept those recipes alive. Meals and aromas that will always remind us of her and the joy she took in making them for us. In 2013, she moved back to California where she enjoyed the dryer, warmer climate and the new variety of plants that she could spend time nurturing. She spent the rest of her years in Murrieta and eventually, Santa Clarita In her last hours, Mimi’s room was full of family, love and shared memories of 5 generations of those who loved her most and are thankful for the technology that helped make that happen. Esperanza is preceded in death by her parents, her sisters Marta and Carmen Rodriguez as well as her granddaughter Alyxandria Rose. Our Mom is survived by: Children: Son, Jesus A. Carta and wife Heidi, of Santa Clarita, CA Son, Rodolfo A. Cartas and partner Danny Mohr, of Palm Springs, CA Daughter, Sheila A. (Martinez) Betts and husband Tedd, of Camano Island, WA Sisters: Genoveva and Aurea Feria Cao, of Miami, Florida Grandchildren: Gina Carta, of Glendora, CA Michelle Mahood and husband Nick, of Murrieta, CA Eileen Cartas, of Murrieta, CA Amy Brazao-Cartas and wife Natalia, of Chino, CA Cassondra Martinez, of Marysville, WA Brittney Betts, of Camano Island, WA Stephanie Smith, of Camano Island, WA Dawna Betts and partner Shawn, of Chehalis, WA Callie Clark and husband Gerardo, of Santa Clarita, CA Beth Clarkand husband James, of Santa Clarita, CA Bradley Betts, of Tacoma, WA Adam Betts, of Napavine, WA Great Grandchildren: Nicole, Amanda and Breanna (Gina), Cassidy (Michelle), Noah, Reese and Chase (Eileen), Alyxandria, Tristan and Lincoln (Cassondra), Landon and Esabellah (Brittney), Jaxon (Stephanie), Kameron (Dawna), Joaquin, Zayn and Ember (Callie), Zeah and Kyce (Beth). Great-Great Grandchildren: Zayley (Amanda) In lieu of flowers, the family requests donations be made in her name, to support Cancer Research.
Share Your Memory of
Esperanza
Upload Your Memory View All Memories
Be the first to upload a memory!
Share A Memory